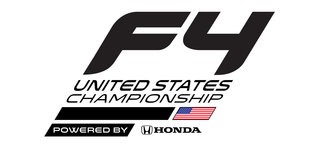 INDIANAPOLIS (April 16, 2019) – After setting a world-record for the largest average F4 fields in 2018, the Formula 4 United States Championship Powered by Honda returns to Road Atlanta April 18-20 for its season opener with a strong 24-car lineup filled with returning veterans and talented rookies.

Leading the two-car assault for the reigning driver-championship team DC Autosport with Cape Motorsports is Teddy Wilson of South Luffenham, England. Despite 2018 being his F4 rookie season, Wilson scored two poles and two podiums in his debut outing at Virginia International Raceway last April. The remainder of the season featured seven top-five finishes among 11 top-10 results, completing the season seventh overall in a 51-driver championship.

“I'm really pleased to join DC Autosport and, with its proven track record, I'm confident we are going to be fighting for the championship,” Wilson said. “I can't wait to get the season started and I’m thankful for the opportunity that has arisen. The F4 U.S. Championship has such a large field of competitive drivers and after my successful first season, I can't wait to get back out on track again.”

“I’m very happy to start the season at one of my favorite tracks and one that I’m very familiar with. Road Atlanta has been very good to me back to when I started in open wheel at 16. It is a very cool track with high elevations and change of directions and I’ve done very good over the years and obviously last year having my first win of the season there was a great feeling,” said Blanco. “This season I expect more of the same and hopefully we can win all the races but most importantly come out of the weekend with good points for the championship.”

Car also found success in Atlanta last year. After starting nearly last in P26, Car recovered for an amazing comeback, passing 19 cars to finish seventh. The thrilling drive was the start to the young-Aussie pilot’s standout rookie season, leading to a fourth-place overall finish in the driver championship.

"I feel like we have a lot of unfinished business in Road Atlanta," Car said. "An incident in race one last year held us back from getting the best results but we showed our speed by receiving the hard charger award from driving from the rear of the field to seventh in race three. I am super keen to get the first race underway, knowing we are well prepared to get great results."

"The F4 U.S. Championship will be a big jump forward with huge grids and buckets of talent so it’s not going to be easy however we are up for the challenge,” said Wilkinson. “Growing up in the town of Brackley I’ve always wanted to drive for Formula 1, however, over the last 12 months I’ve been watching American racing and IndyCar looks like a whole lot of fun. Racing with Jay will be a real help for me, since he too is a fellow Brit who flew across the pond to compete in America and eventually found himself in IndyCar. Jay knows what is required and I am looking to learn from him.”

After spending three years building an impressive resume in the burgeoning world of rallycross, 18-year-old Californian Christian Brooks also elected to redirect his career target toward the NTT IndyCar Series. This year, Brooks begins his new journey with JHDD in the F4 U.S. Championship, supported by Global Electronic Technology and Hot Wheels. In pre-season testing the nationally-ranked karter transitioned seamlessly to the 160hp Honda-powered formula car.

"It has been my goal since I was a young to compete in the prestigious IndyCar Series,” admitted Brooks, who continued to race karts while competing in the Red Bull Global Rallycross series. “Competing in the F4 U.S. Championship will be the first step in achieving that goal. Being a rallycross driver these past three seasons has given me the confidence to know that I can excel in all forms of motorsports. Rallycross is known as one of, if not, the most difficult forms of motorsports with changing conditions including dirt, jumps, and asphalt, not to mention a whole lot of bumping and banging. My grassroots experience in kart racing has also helped mold me into the experienced driver I am today, and I feel as if all my experience in karting and rallycross will translate very well into F4 U.S. I am beyond excited to get this season underway and prove that I will be a fast and successful open wheel driver."

"I am excited to join Alliance Racing and the F4 program for 2019. Alliance has a great group of guys with a ton of experience and an awesome partner in Gas Monkey Energy, and I hope I can bring value to the program both on and off the track," explained Edenholm. "Being out of a car for quite sometime, I understand that I have a daunting task ahead of me, but my goals are simple; progress when possible, keep the car out of trouble and help promote my partners to the best of my abilities."

“Since my stellar rookie performance in 2018 at NJMP with Group-A-Racing I have been working nonstop to get back into the car for Round 1 at Road Atlanta” stated Porcelli. “I have raced on Road Atlanta more than any other track and I have multiple podiums and wins under my belt. Now that I have had some experience in the F4 U.S. car powered by Honda and working with Group-A-Racing I am very excited to see what we can do when we join the pace from the start of the season. We have placed ourselves in a position to contend for the championship. I truly believe that Group-A-Racing is the optimal fit for myself as a driver. All my hard work to get back on track over the past two years is finally paying off and I can’t wait to see what we can do together as a team.”

“With plenty of elevation changes and numerous blind corners the track is a challenging one and I’ve been making sure I am prepared as well as I can be on the SIM; using all of my knowledge from last year’s championship event there,” said Clarke. “Velocity Racing Development and I had a solid start to our partnership at the end of last year and the aim coming into this weekend is to improve and build on that. If we can score some solid points, stay out of trouble and kick things off in the right direction then I’ll be happy.”

The stout F4 U.S. field kicks off the 2019 season on Thursday with a pair of official practices. The 30-minute qualifying session begins at 9 a.m. ET on Friday followed by Race 1 at 1:20 p.m. ET. The weekend commences with the final two rounds on Sunday (8:30 a.m. and 1:20 p.m. ET). Fans can follow Live Timing and Scoring on F4USChampionship.com or on the Race Monitor App.

SCCA Pro Racing is a division of the Sports Car Club of America, Inc. -- a 65,000-member organization dedicated to motorsports. SCCA Pro Racing provides full-service organization, operation and sanctioning for numerous professional racing series such as F3 Americas, Trans Am® and Formula E.

FIA F4 is designed as entry-level open-wheel racing for participants, around a contemporary, modern, cost conscious formula. SCCA Pro Racing and its chosen partners that embrace these ideals and support this vision with appropriate technology and products. The selected F4 powerplant is a production-based engine powering the Honda Civic® Type R®, tuned to meet FIA-mandated output of approximately 160 Hp. The engine and the ECU are sealed to provide parity and compliance. The Ligier JS F4 16 carbon fiber chassis is manufactured in the United States. From the Hankook Tires, the Honda engine to the Ligier chassis, the F4 U.S. car is assembled and made in the United States.